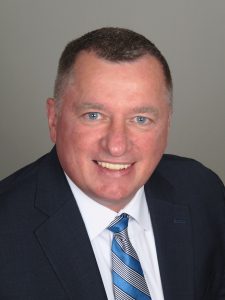 Frank began his career in the Marine Corps serving as an infantry officer and as a legal officer in an infantry battalion and then for a 3,000 man Marine regiment handling all investigations, courts-martial, non-judicial punishment, and administrative discharges of Marines during his active duty tour from 1982 – 1986 serving as an infantry officer in ground combat units as well as Communications Security Materials Custodian maintaining classified communications materials for regimental headquarters. Frank later served in the reserves (1986 – 1999) and volunteered and served on active duty for Operation Desert Storm (1991). Frank, who achieved the rank of Major, was educated in Marine Corps management and tactics in Quantico, VA, at Officer Candidates School, The Basic School, Infantry Officer Course, and Amphibious Warfare School. Article 1 – Article 2

Frank is a graduate of Harvard College (A.B. Philosphy ’81) and University of Connecticut School of Law (J.D. ’89), where he was in the Jessup International Law Moot Court Competition and was an Associate Editor of the Connecticut Journal of International Law. While in law school, Frank was a summer clerk for U.S. District Judge Alan Nevas and worked in the U.S. Attorney’s Office, New Haven, Connecticut, where he researched federal law and drafted judicial opinions.

Frank is admitted to practice in Massachusetts and Connecticut state and federal courts, has been admitted pro hac vice in numerous jurisdictions for various cases, is admitted to the First and Fourth Circuits courts of appeals, and has practiced before numerous state appellate courts.

Frank lives with his family in Ashland, Massachusetts, where he is Vice-Chair of the Parish Council at St. Cecilia’s Church and has coached youth baseball for many years.

For legal services by a Gleason & Gleason lawyer, please contact us using the button below.